In Defense of Scarlett Johansson 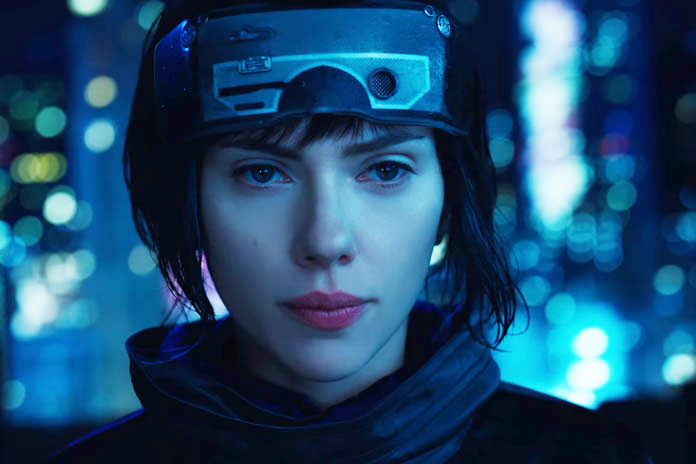 Scarlett Johansson in her controversial role from Ghost in the Shell

What is the purpose of storytelling? No doubt a question we must ask when approaching the complex topic of identity in stories. For some artists, storytelling is a platform to inform viewers on a subject. Others use stories to inspire those listening to be a better person. But overall, stories are escapism, leaving the current troubles of the world to entertain a creator’s narrative.

Film is one of the purest and most popular forms of escapist entertainment. Every time the lights go down in a movie theater, the audience is accepting the filmmakers’ invitation to learn about the world in which the film takes place. However, movies can be more than just escapism. They can stand for something, represent history and culture, and be a voice of change. So, when certain stories are promoting themselves as representing a specific part of a culture, maybe one that has not been represented in the media often, how the story is told is not only important, but sets a precedent. Yet, one must use caution before pointing the finger at those who do it “wrong.” This was a problem over the summer with actress Scarlett Johnasson.

Scarlett Johansson is one of Hollywood’s most well known actors. Commercially and critically lauded, she is currently the highest paid actress, thanks to her work as Natasha Romanoff/Black Widow in the Marvel Cinematic Universe. She also has starred in many independent films, garnering attention in movies like Lost in Translation, Her, and Under the Skin. However, she fell under fire recently for her involvement and comments surrounding a film about a transgender person. Many people criticized her accepting the role, because, in their view, she was taking away the chance for a transgender actor to play the role. Admittedly, this is a chance few transgender actors get. She quickly dropped out of the film after the backlash, but in July of 2019 Johansson stated in an interview for If Magazine, “As an actor, I should be able to play any person, or any tree, or any animal because that is my job and the requirements of my job”.  Now, out of context, the statement and story does not put Johansson in the best light. But this is the problem with news today: everything must be summed up in 15 seconds since people do not have the stamina to see nuance.

Before critiquing Johansson, people have to understand how movies are made in the first place. To begin, Johansson never had a role in producing this film. Her only credit at the point when she was cast was as an actor, so it was the casting director, producers, and director who made the choice to cast a cis-gendered actor in a transgender role. This fact was lost on everyone, something that is true about almost every movie made. If anyone was upset, all it took was a quick search to IMDB to find out who casted Johansson. Then, at least, one’s anger would have been closer to the right place.

But this story is not just about the casting, it is about her comments as well. Yes, taken alone, they are blunt and lack knowledge about the struggle of LGBT+ actors. But to those complaining about Johansson, they have to understand why the casting directors had to choose an actor like Johansson.

In the past few years, many more LGBT+ stories have been told in the medium of film than ever before. Some have even received universal acclaim, like the Best Picture-winning Moonlight, one of my personal favorite films of all time. But even being one of only 91 films currently to win the top prize at the Academy Awards, the box office for that film only came in at around $27 million domestically. And even though compared to its budget, it is a strong performance, on the list of every film ever made, it ranks relatively low at number 2839. In other words, 2838 movies made more money than Moonlight. Furthermore, when you look at every LGBT+ centric film and average their domestic box office draw, the average gross is $6 million. Compare this to Johansson’s Avengers: Endgame, which made $6 million within the first 15 minutes of its release.

Herein lies the problem: if LGBT+ films are not successful with bankable stars, then Hollywood will never take the risk of making an LGBT+ film with an unknown LGBT+ actor in the lead. What many forget about the movie industry is that Hollywood is a business. Producers do not make movies just to tell stories: they need to know it will be successful, either by way of box office or awards recognition. Films like 2018’s Love, Simon and 2019’s Booksmart were some of the most acclaimed films of their respective years. But those films did not receive the praise of the LGBT+ community, so they faded to obscurity in the eyes of the masses. LGBT+ films need the response that a film like Black Panther received from the African-American community. Because Black Panther was being touted as a correct example of representation, people wanted to see it, and it went on to be one of the highest grossing films of all time. What may be missed by the LGBT+ community is that if they do not support the films about their community starring bankable actors, then films that might be able to give a chance to unknown LGBT+ actors will never be funded. The unfortunate truth is that the film Johansson pulled out of will probably never get made now, and this important story, which could have received so much attention, will never be told to the masses.

After the If Magazine article was published, Johansson clarifed her statement, saying that she recognized her industry favors “Caucasian, cis-gendered actors” and that “not every actor has been given the same opportunities that [she has] been privileged to” receive. But she also stated, “I personally feel that, in an ideal world, any actor should be able to play anybody and art, in all forms, should be immune to political correctness. That is the point I was making, albeit didn’t come across that way.” Art should be free terrain. If political correctness was demanded in all films, some of the greatest works would have been nothing, like Gone With the Wind, which adjusted for inflation is the highest grossing movie of all time.

In conclusion, Johansson is an incredible actress, and being a fan of hers, I have followed her career for some time. And I know at some points her candid comments can rub people the wrong way. But we cannot ask every single person working in Hollywood to be politically correct 24/7. Johansson has the right to share her opinions, and this fact is one that is lost on most.  In fact, I was one of the few that saw Ghost in the Shell, where Johansson played an Asian woman trapped in a cybernetic shell. Johansson only plays the shell, and never plays the Asian woman before the transformation, so the accusation that it the role was an example of white-washing is a pretty ludicrous. In Japan, where the property originated, some fans were surprised that the casting had caused controversy, as they had already assumed that a Hollywood production would choose a white actress, feeling the appearance of the protagonist was immaterial due to the franchise’s themes of self-identity and the blurring of artificial and natural bodies.

I wish people would see the truth of this story, being not one of Johansson taking away a role from LGBT+ talent, but the unfortunate casualty of a lack of successful LGBT+ films. If LGBT+ talent are going to get a chance to make an impression, they need to do it in one of two ways: star in a film where all the supporting stars are big names, or play a supporting role in a non-LGBT+ centric film. Asia Kate Dillon had a featured role in John Wick: Chapter 3 – Parabellum as the film’s lead antagonist, and made quite an impression. And to those who want to see this end, no matter what community you belong to, go support LGBT+ films no matter who stars. This way, the genre can become a bet that a producer is fine putting their money on. In the end, Scarlett Johansson will surely move on from this story, but make sure that when the rest of us do as well, we take the right lessons from it.

Note: the opinion written above represents those of the author and are not an endorsement or critique by the Bulldawg Bulletin.